Working with Parts in Therapy: Different Approaches to Develop Healthy Relationships with Self-parts

Fragmentation of their developing sense of Self maintains children’s attachment to abusive caregivers by disowning themselves as “bad” or “unlovable.”

As long as they are bad, their parents must be good. This deeply painful failure of Self-acceptance results in lifelong shame and Self-loathing, difficulty Self-soothing, and chronic dissociative symptoms and disorders.
To overcome this alienation from Self, Trauma-Informed Stabilization Treatment or TIST focuses on cultivating clients’ mindful awareness of their fragmented selves and disowned experience. As clients learn to differentiate the feelings of their trauma-related child selves from their own feelings, they can begin to connect emotionally to the parts and then welcome them “home.” When they do, the resulting sense of internal calm and safety transforms the past experiences of abandonment and betrayal. The TIST model capitalizes on the therapeutic power of fostering internal secure attachment to clients’ most deeply disowned selves.
Participants will learn to:

The Dancing Parts of the Self: Introduction to Dialogical Self Theory

One of the basic features of Dialogical Self Theory (DST) is the assumption that the Self functions as a society of mind or, more specifically, as a society of I-positions. For a proper understanding of this assumption, it should be emphasized that not only personal positions (e.g., I as a dedicated teacher, I as an ambitious professional, I as a vulnerable person) populate the Self as internal I-positions but also other individuals, groups, or even other ‘things’ play their roles as external I-positions in the Self (e.g., my loving father, my playful sports mates, my protecting house, nature as my nourishing environment).
In this way, the dialogical Self functions as a society of actual, remembered, and imagined ‘others’ that may enter and leave the society of mind and become involved in dialogical relationships with one’s internal positions. Together internal and external I-positions form a highly dynamic multiplicity of parts in the society of mind, involved in mutual dialogical relationships.
In this lecture, Hubert Hermans will demonstrate how this theory can be applied to the field of mental health. Themes that will be addressed are: individual happiness, eudaimonic happiness, rumination, loneliness, and Self-acceptance. In order to broaden limited definitions of the Western Self-ideal, four identity levels will be discussed: I as an individual, I as a group member, I as a member of all humanity, and I as a participant of the earth. The tensions and mutual dialogical relationships among these identity positions will be explored. During the lecture there will be opportunities for questions and answers.

Participants will learn to:

Dialogues Between Different Parts of Self

In this workshop, Leslie Greenber will focus on four main dialogues between parts of the Self. The different dialogues are each most helpful for different client emotionally laden problem states of mind.
Conflict splits involve one aspect of the Self being critical, coercive to another part of the Self. In this case, the therapist helps the client to enact and make explicit the critical voice in order to evoke the Self ‘s emotional response which is then worked on to access the unmet need and a softening of the critic.
Self interruptive splits. Here one part of the Self interrupts the expression of another aspect of Self, often emotion. The intervention, two chair enactment guides the interrupting part of the Self to enact the interruption by metaphorically (caging), or verbally (“shut up, don’t feel, be quiet, you can’t survive this”), or physically enacting (choking or shutting down) closing down the Self’ expression so that clients can experience themselves as an agent in the process of shutting down and then can react to and challenge the interruptive part of the Self and express the previously blocked expression.
Unfinished business. This involves a lingering unresolved feeling toward a significant other. This offers an opportunity for an empty-chair dialogue. Here the client imagines the other present in the other chair in order to activate their internal view of a significant other and then to experience and explore their emotional reactions to the other and make sense of them. Shifts in views of both the other and Self occur. Resolution involves understanding or forgiving the other or holding the other accountable for wrongs done.
Anguish and emotional suffering involve an intensely painful emotional state that calls for compassion towards the Self. Self Soothing involves one part expressing compassion toward the suffering Self. This process offers a way of changing painful emotions (e.g., shame, fear, sadness) by internally contacting these emotions with a different adaptive emotion. In this task, the therapist first helps the client deepen their sense of anguish so that they can access their core existential pain and express the unmet need associated with it. Then, the therapist offers a two-chair process to the client in which clients enact providing what is needed (e.g., validation, support, protection) to themselves. 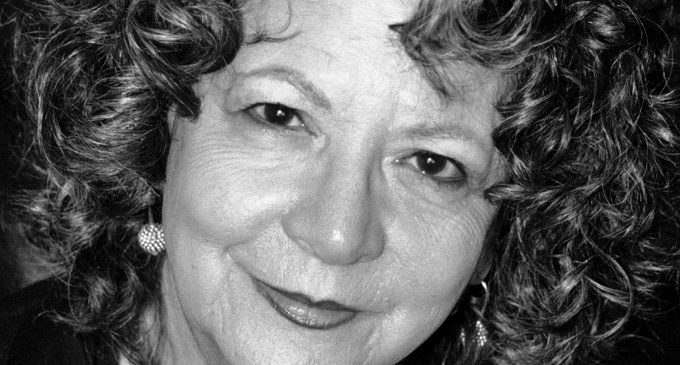 Janina Fisher, Ph.D. is a licensed Clinical Psychologist and Instructor at the Trauma Center, an outpatient clinic and research center founded by Bessel van der Kolk. Known for her expertise as an author, speaker, and consultant, she is also Assistant Educational Director of the Sensorimotor Psychotherapy Institute, an EMDR International Association Continuing Education Provider, and a former Instructor, Harvard Medical School. She is co-author with Pat Ogden of “Sensorimotor Psychotherapy: Interventions for Trauma and Attachment” and author of “Healing the Fragmented Selves of Trauma Survivors: Overcoming Internal Self-Alienation” and “Transforming the Living Legacy of Trauma: A Workbook for Survivors and their Therapists.” 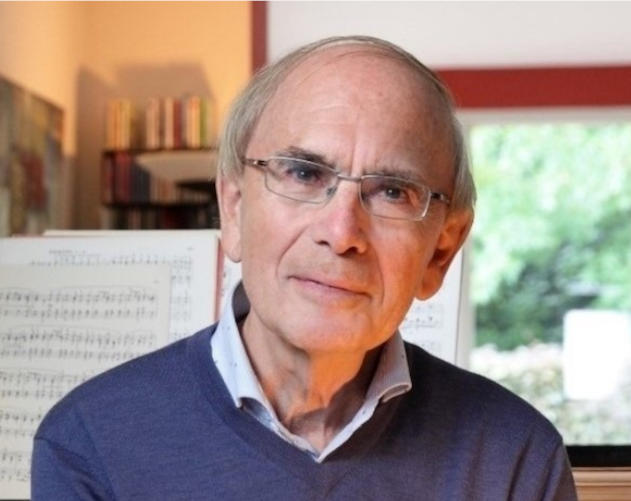 Hubert Hermans was born as son of a baker in Maastricht, The Netherlands. He studied psychology at the Radboud University of Nijmegen, where he became staff member at the psychological laboratory of the same university in 1965. In 1973 he became associate professor of psychology at the University of Nijmegen and in 1980 full professor at the same university. Since 2002 he is president of the International Society for Dialogical Science (ISDS) and since 2020 honorary president. Since 2020 he is associate editor of the Journal of Constructivist Psychology. For his merits to society, he was appointed as Ridder in de Orde van de Nederlandse Leeuw (Knight in the Society of the Netherlands Lion) in 2002. His 2006 Dutch book “Dialoog en Misverstand” (Dialogue and Misunderstanding) was used by Herman Wijffels during the preparation of the Dutch government in 2007.
From 1961-2007 Hubert Hermans was married to Els Hermans-Jansen, a psychotherapist, with whom he cooperated in the development of the Self-Confrontation Method (SCM). The couple has two children and two grandchildren. From 2008-2013 he was married to Agnieszka Konopka, who wrote a dissertation (Warsaw, 2006) on the relationship between Self and emotions. The couple continues to cooperate on the further development of Dialogical Self Theory in the International Institute for the Dialogical Self (IIDS). Since 2013 he has a LAT relationship with Josée Jeunhomme to whom he felt in love as a 14-year-old boy. 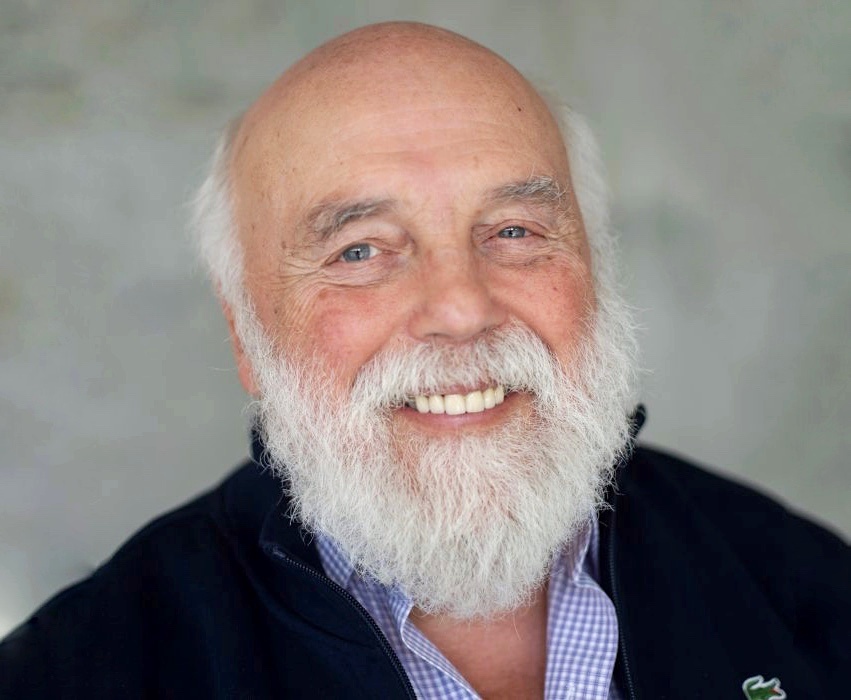 Leslie Greenberg, Ph.D. is Distinguished Research Professor Emeritus of Psychology at York University in Toronto. He was originally trained in Person Centered and Gestalt therapy and engaged in psychotherapy research. He has authored the major texts on Emotion Focused Therapy from the first books Emotion in Psychotherapy (1986) and Emotionally Focused Therapy for Couples (1988) to most recent Emotion-Focused Therapy (2015) and Emotion focused therapy of Forgiveness and Letting go (2019). He has received both the Early Career and the Distinguished Research Career award of the International Society for Psychotherapy Research as well as the Carl Rogers and the Distinguished Professional Contribution to Applied Research of the American Psychology Association. He also has received the Canadian Psychological Association Professional Award for distinguished contributions to Psychology as a profession. He is a past President of the Society for Psychotherapy Research. He now spends the majority of his time training people in emotion-focused approaches.

Janina Fisher: “Fragmentation of their developing sense of Self maintains children’s attachment to abusive caregivers by disowning themselves as “bad” or “unlovable.””02:45:18

Leslie Greenberg: “Dialogues Between Different Parts of Self”02:42:24