The discovery of mirror neurons unveiled the neural mechanisms mediating between the multi-level experiential knowledge we hold of our body, and the implicit certainties we simultaneously hold about others. Such personal body-related experiential knowledge enables our intentional attunement with others. This we-centric space allows us to understand the actions performed by others, and to decode the emotions and sensations they experience. A direct form of “experiential understanding” is achieved by modeling the behaviors of others as intentional experiences on the basis of the equivalence between what the others do and feel and what we do and feel. This modeling mechanism is embodied simulation. By means of embodied simulation we do not just “see” an action, an emotion, or a sensation. Side by side with the sensory description of the observed social stimuli, internal representations of the body states associated with actions, emotions, and sensations are evoked in the observer, as if he/she would be doing a similar action or experiencing a similar emotion or sensation. Mirror neurons are likely the neural correlate of this mechanism.

The sharp distinction, classically drawn between the first- and third-person experience of actions, emotions and sensations, appears to be much more blurred at the level of the neural mechanisms mapping it. The gap between the two perspectives is bridged by the way the intentional relation is functionally mapped at the neural level by mirror mechanisms. By means of a shared neural state realized in two different bodies that nevertheless obey to the same functional rules, the “objectual other” becomes “another self”.

Vittorio Gallese  is full Professor of Physiology at the Dept. of Neuroscience of the University of Parma, Adjunct Senior Research Scholar at the Dept. of Art History and Archeology, Columbia University, New York, USA and Professor in Experimental Aesthetics at the Institute of Philosophy of the University of London, U.K. He is the coordinator of the PhD Program in Neuroscience and Director of the Doctoral School of Medicine of the University of Parma. Neuroscientist, among his main scientific contributions is the discovery of mirror neurons together with his colleagues of Parma, and the proposal of a new model of intersubjectivity: embodied simulation theory. He did research and taught at the Universities of Lausanne, Tokyo, Berkeley and Berlin. He is the author of more than 230 scientific articles published in international journals and books, of two books as author and three books as editor. He received the George Miller Fellowship from the University of California at Berkeley in 2001, the Grawemeyer Award for Psychology in 2007, the Doctor Honoris Causa from the Catholic University of Leuven, Belgium in 2010, the Arnold Pfeffer Prize for Neuropsychoanalysis in New York in 2010, the Musatti Prize from the Italian Psychoanalytic Society in Milano in 2014, the Kosmos Fellowship from the Humboldt Universität of Berlin and the Einstein Fellowship at the Berlin School of Mind & Brain of Humboldt University for 2016-2018. 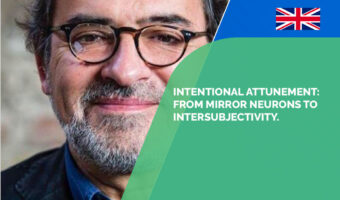